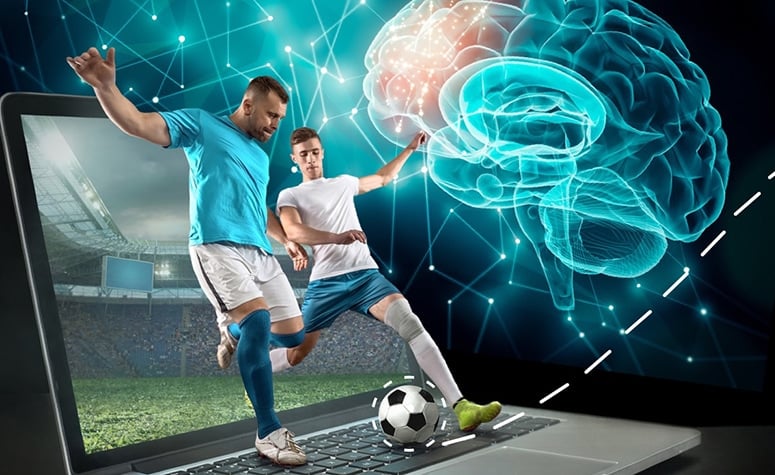 Tested through by NASA, under the microscope at German and Dutch universities and used to train highly trained fighter pilots. Does that sound like something for you when you and your players need to train the mental strength for your next football game? So just read on.

The software developer, Intelligym, which specializes in professional athletes, now has a platform ready for the general football club, the talent department - or even the Series 4 team, which has bigger ambitions in its stomach. In fact, it has been available for a while. The EU already supported in 2015

Up to 30% improvement in orienteering ability

With, among other things, up to 30% improved orienteering ability, measured in football clubs at the absolute top level, which have used Intelligym, the road is paved for success. Players trained in the system make better decisions and fewer mistakes on the field during combat. In addition, they react faster in transition situations, research conducted by Intelligym itself shows.

According to Intelligym itself, more than 11,000 athletes worldwide spend twice 30 minutes a week, already using technology, including top clubs from the German Bundesliga, national teams and clubs in Dutch top football, including AZ Alkmaar and the youth academy at PSV Eindhoven. Hidde van Boven, who is the coach at the youth academy in the Dutch big club, says on Intelligym's own website :? Intelligym is the perfect complement to our regular training sessions on the court. Players like it because they train their brain in a subconscious, competitive and fun way.

Better communication on the pitch

After already six weeks, there should be results with the same ability to make better decisions on the field, communicate better with teammates in the heat of the match and predict the course of the game.

One of the elite athletes praising the technology to the skies is the Shakhtar Donetsk player, Israeli Manor Solomon: - Game intelligence, is one of the most important areas to be able to perform in top football. I'm glad to have had the chance to use Intelligym to raise my own football intelligence, the left-back reports, also via Intelligym's website.

Been followed closely by several universities

Although at first glance it might seem like a nice round of sales talk from Intelligym, then the learning method has been under scrutiny at, among others, Cologne Sports University and VU Amsterdam , which measured the method's effectiveness against more traditional learning methods such as threshing football matches for analysis of these. The results of these studies showed significant progress in the ability of the players, two control groups in the category U14 and U17, to make decisions as well as their overall performance on the field.

Supported by the EU

Also in the venerable Sports Illustrated, there has been a focus on Intelligym, where in a longer article you can tell that the company behind Intelligym, Applied Cognitive Engineering, was founded in 2001. One of the founders, Danny Dankner, saw the potential in the video game Space Fortress and initially had his eye on ice hockey and basketball. In 2015, ACE was awarded funding from the EU, almost 2 million Euro, to develop a dedicated model for the football world. An exciting story, including a former psychologist from the Israeli Air Force, hides behind this little tab, we lift here and can be read in its full length in the article on Sports Illustrated .

It is possible to subscribe to the service for anyone who may be interested in a monthly fee.

Denmark in the EURO2020 final - no matter what!