Back in time – around new year 2020 – before the corona had yet made its way to the world, we met the young footballer Tunt Tiryakioglu. At the time we randomly meet the hopeful talent from Fremad Amager in Copenhagen, Denmark, Tunt was during a workout at Fitness World. You don't avoid noticing the hard-working young man with the mask. It's not Halloween, but the mask, on the other hand, turns out to be a modern training tool called Training Mask.

If you are old enough to remember the World Cup final round in 1986, then you also remember that the altitude in which the host country of Mexico was, created gray hair at the then national coach of the Danish national team, Sepp Piontek. The team participated in its first WC final round ever. 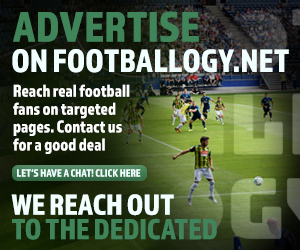 Two kilometers above sea level was the populous land, between two continental plates which had their edges pressed against each other. That's how the highlands, Mexico, were created.

But let's travl forward in time again. Back to the gym. The 18-year-old Fremad Amager player, already recognized an effect after few workouts. - Let's see in a few weeks. Whether you can see it on our 'bip' test

Back in 1986. There was an euphoria in the small country with icons like authors like H. C. Andersen, attractions like 'The little mermaid' and not least local football heroes like Preben Elkjær and Michael Laudrup. A country with just five million inhabitants was entering its first World Cup final round in football. If you want to avoid humiliation and failure, then you have to at least prepare yourself professionally from home. And though Mexico was a beautiful country the altitude of the stadiums also meant an invisible opponent in the then notorious term: thin air and less oxygen. This meant, among other things, that the danish national team prepared with oxygen masks on the training courses in Vedbæk north of Copenhagen before leaving for Mexico. Travelling to hit the thin air layers and several trips to the well-known August Krogh laboratory was also visited before departure.

All this you can probably avoid in 2020, because with Training Mask, you simply simulate altitude training, but with less oxygen than you are normally used to inhale – a resistance mad possible through the invention of the mask. We will follow up on Tunt's repertoire later when the mask has been allowed to stand its test.

A number of user comments largely pay tribute to the modern 'oxygen mask' - or rather the opposite ... - and from the Training Mask's own website you find a number of comments that the monster mask actually works.

Footballogy.net returns at a later date with a review of the training equipment.

This is how the EURO2020 final will be produced for TV

DBU football director on school football: We will teach the children to win later in life