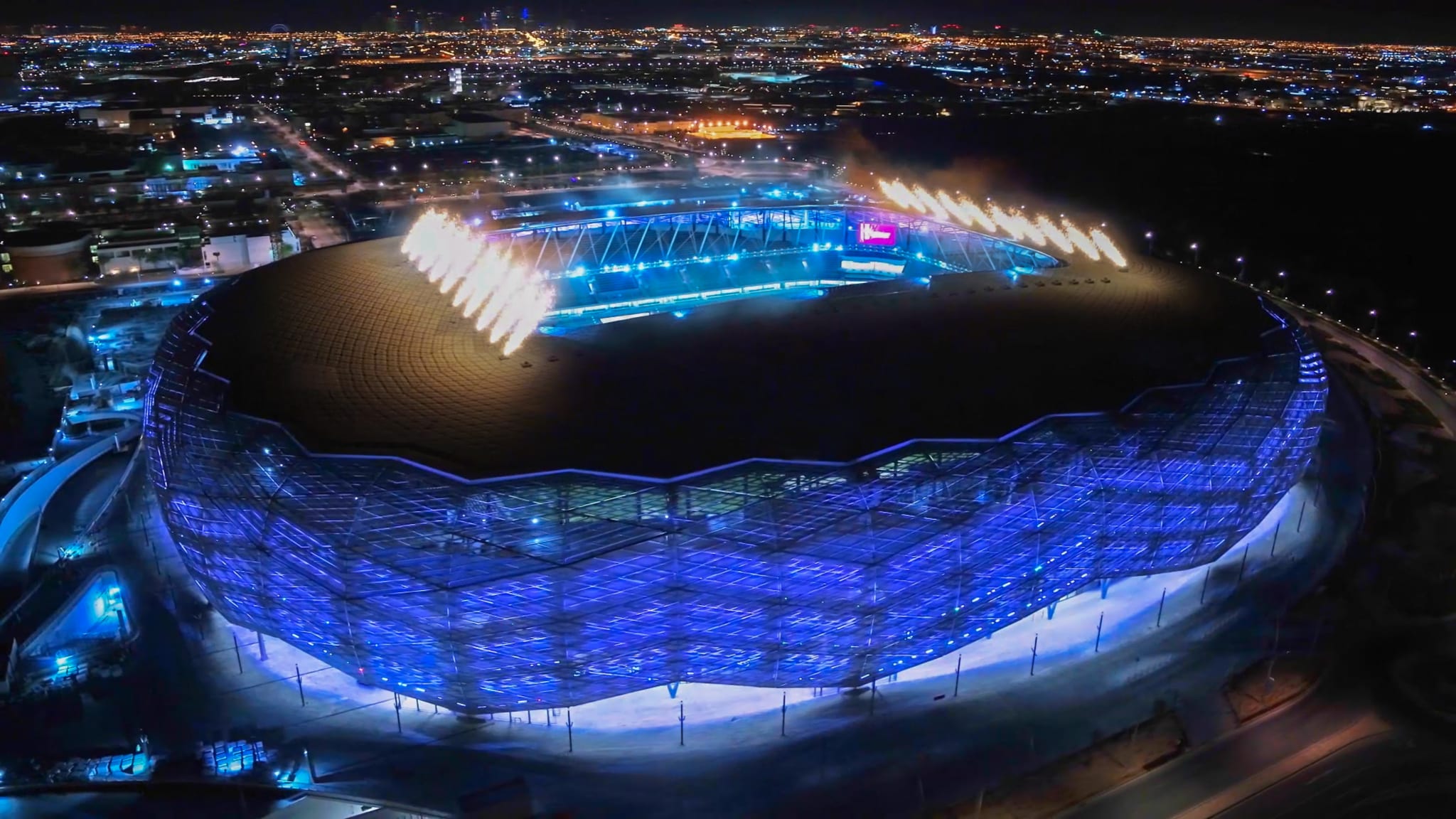 Now the third of the great venues, Education City Stadium, of a total of 8 stadiums has been finalized and was recently presented on the FIFA website in connection with a live event dedicated to front line workers, including doctors and nurses, under Covid-19 pandemic.

Many bumps on the road in the startup phase

Although, it can be difficult, only to talk about the impressive buildings, after countless reports and allegations of very poor working conditions for stadium workers - which, however, seem to be improving slightly after massive international pressure - and alleged shady affair in connection with the assignment of the host - we allow ourselves to do just that. The World Cup arena, which is soon set to be played in soccer matches with the world's biggest stars, has room for 40 000 spectators. Two other arenas are already in place, ready to host the FIFA World Cup in almost two and a half years.

In the center of the student village

Several exciting points characterize the latest 'stadium shoot on the trunk'. Already it has been given the nickname 'Diamond in the Desert' based on the special diamond-like geometric patterns on the stadium facade. The beautiful arena is located a 13 kilometers outside the capital Doha, but right in the middle of the country's leading universities. Therefore, it seems natural to have been named the Education City Stadium arena. By now, Qatar has already completed more than 80% of the planned stadium construction, so despite the corona crisis, there is tranquility in terms of construction completion a spokesman for the Qatar World Cup committee told the media Aljazeera.com .

Seats are donated to needy countries after the World Cup

Education City Stadium will also host one of the quarterfinals during the tournament in just over 2 years. When the World Cup closes and turn off the spotlights, half of the seats will be dismantled on the top section and donated to countries where the sporting infrastructure is lagging. A newly constructed subway will almost drive the audience to the 'door' - at the neat price of about DKK 6 in current currency, while a day pass will amount to about DKK 17-18. Yes, the level of details is sometimes great when FIFA publishes news.

Last but not least, the arena is honored with highest star, namely five, for its design and construction under the system Global Sustainability Assessment System.

FIFA states that it's expected that two more stadiums will be completed before we call 2020, so that you are at a total of five World Cup-ready football stadiums. Watch video of the finished World Cup via a tweet from Qatar 2022's official twitter account.

Time's up for ‘VAR light’ - with live updates for the spectators