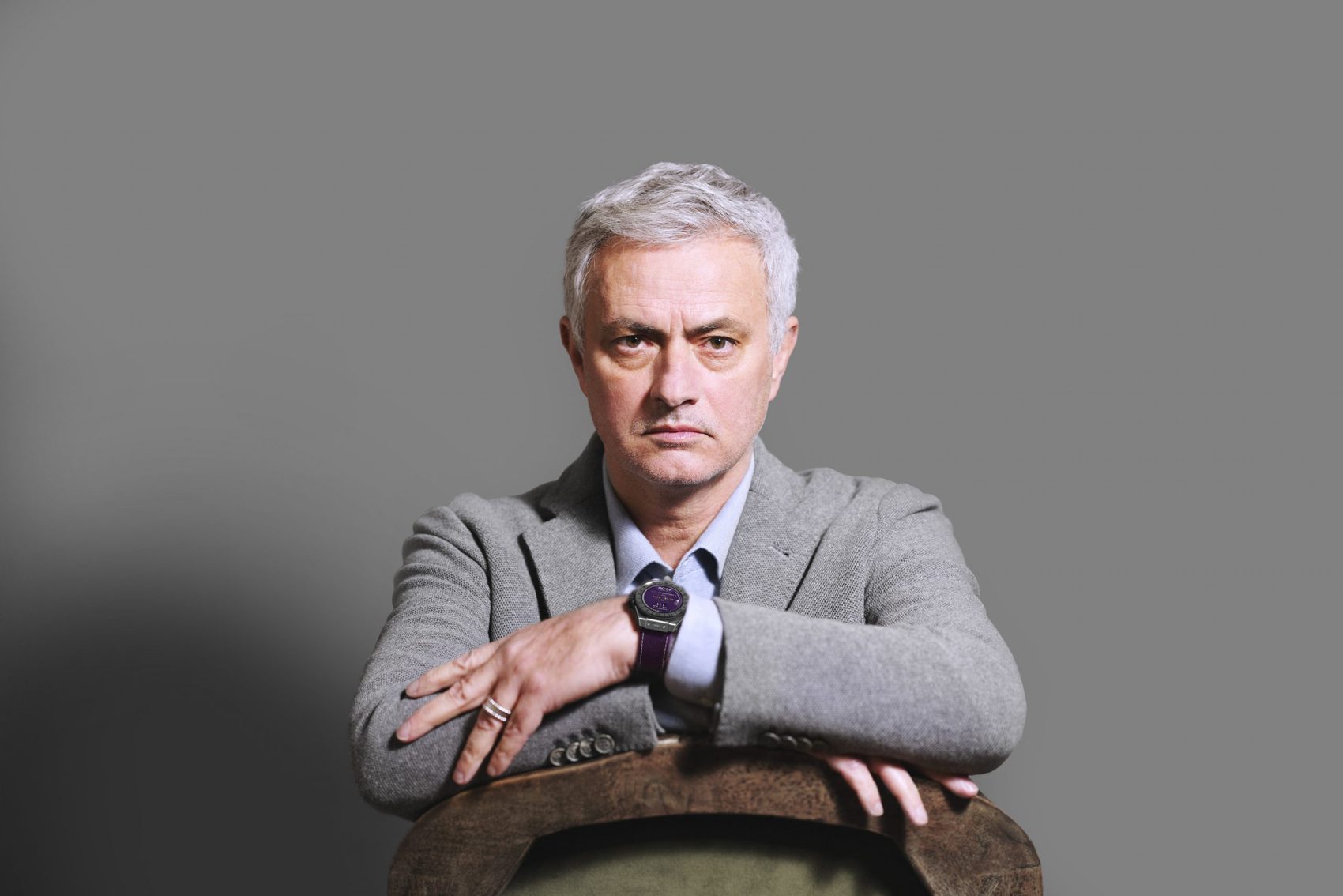 The marvels of technology, such as smartwatches, only keep evolving and the latest shot at the tribe is an exclusive version of the smartwatch 'Big Bang e' from the Swiss giant Hublot, who is also the official sponsor of the Premier League's time control. And yes, the watch is so exclusive that even Tottenham manager José Mourinho adds name and wrist to the watch – at least while the photos for the campaign were taken.

Live decisions from VAR to your wrist

Thus, it makes good sense that the watch, which among other things can give you direct announcements about team lineups, goal scores, replacements, upcoming matches and live VAR decisions on the dial, makes a special edition with close contact to the English Premier League.

The big stars has been driven forward with charismatic and controversial Tottenham manager José Mourinho and attacking legend Alan Shearer, as promoters of the new smartwatch, which bears the name ‘The Big Bang e Premier League’.

- As a Hublot ambassador for many years, I can say that I am extremely proud to wear this magnificent watch that will bring fans of our league closer to the game, Mourinho says via a press release about the launch posing clockwise on what can be imagined is an ancient English armchair.

A lot of 'spicy' features

In addition to the features already mentioned, the watch strap can be replaced with a snap at a more neutral color than the Premier League's iconic, dusty purple. In addition, among a wealth of features, it counts down to the next match when the current match is over. Should there be several matches at the same time, just swipe on the clock face. The frame of the watch is also made of titanium, it must be fine!

- In these challenging times, football continues to be a source of much needed joy for fans all over the world. Hublot loves football and continues to partner with the game’s greatest competitions. It’s our privilege to introduce the Hublot Big Bang e Premier League, a connected watch designed to bring passionate fans even closer to the world’s most watched league, states a proud CEO of Hublot, Ricardo Guadalupe. Understandable when one looks at the the product developed by the exclusive watch company.

Alan Shearer is quite enthusiastic about the watch's functionality and the included app - which will be available to all of us in a few weeks on Google Play: - I'm a big fan of everything that makes football more instant and more exciting, and of technology that brings the game to life. ‘Big Bang e Premier League’ is a sensational development from Hublot and a real game changer for Premier League fans all over the world. Well done, Hublot, says former all-time Premier League top scorer Alan Shearer in the press release.

The referees will get a 'James Bond'-edition

The referees are also equipped with the watch, however in an even more exclusive version packed with additional features, such as goal line technology, while this version is delivered to the referee in the super light material, carbon. However, this watch will not be sold, but will be made exclusively for the Premier League referees, those lucky guys!

The watch is only available in 200 copies and is based on the watch that Hublot launched last year under the name 'Big Bang e connected' – however, with a number of additional features directly linked to the Premier League. The price is of course also, like the watch itself? exclusive? with a price of 5,100 €. You can buy the watch on Hublot e-commerce platform.

WATCH VIDEO: Denmarks new jersey is made of sound waves from the fans