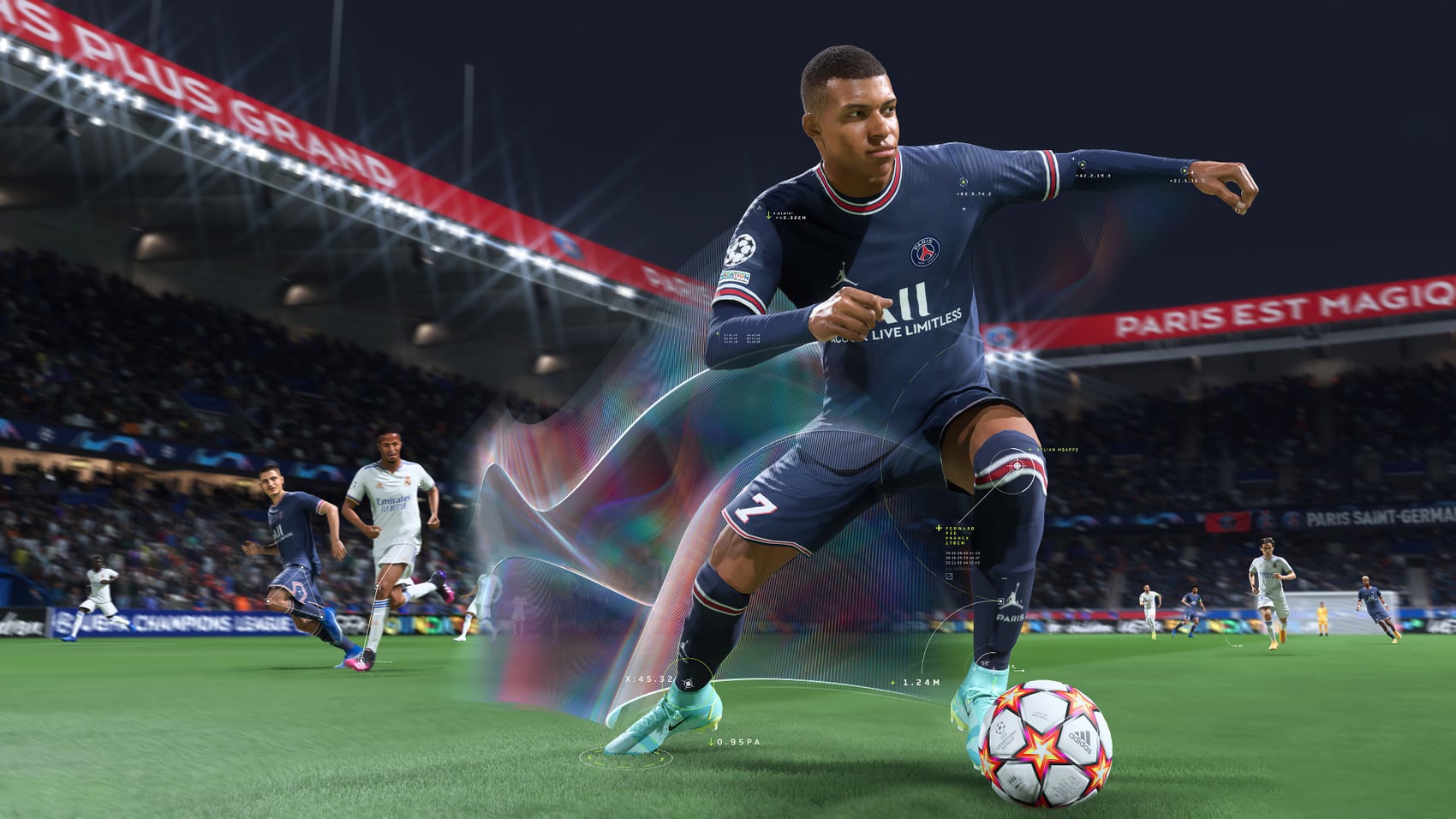 Breakthrough technologies make the new FIFA 22 the most 'true-to-life' football experience to date, according to EA Sports, but dark clouds threaten the horizon of the popular game if EA Sports want to carry the FIFA name with them when next edition is launched.

Most football geeks are familiar with the esports game FIFA and with this release, according to the game producer EA Sports, they hit higher than previous releases.

Not only the publisher, who for natural reasons praises their own product to the sky, is positive. Experts in the gaming world praise the aesthetic boost, as the gaming site IGN Nordic, which calls FIFA22, despite a few blunders, one of the most nuanced multiplayer sports games on the market.

FIFA, which is the world organization within football, as well as UEFA, which is the European little brother, have to extent tried to achieve the synergy effect together with EA Sports. UEFA's gold bird, the Champions League, as usual in recent times, adds name to the main attraction in the game and the experience should be better than ever before.

New technology on the back of high tech gaming suits

Everything from well-known technologies, such as 3D Audio and Haptic feedback, to the brand new HyperMotion Gameplay Technology should form the basis for an ultra-cool gaming experience FIFA22. Hypermotion is called the biggest innovation for the FIFA game in this version. This feature creates, according to EA Sports, the most vivid game to date and is brought to life using, among other things, high tech game suits, placed on a group of professional football players performing at an intense level. See more about this and how to measure and analyze your way to the new HyperMotion technology, here .

The name, FIFA 22, is currently also the focus of a major drama, the site Inverse notifies. The game, which has had the FIFA name with it since 1993, is being considered to rename itself EA Sports F.C. when the current agreement with FIFA expires after 2022. The FIFA game, which sells over 30 million editions annually, is rumored to be changing the name after FIFA reportedly want to charge EA Sport more than one billion dollars for four more years, to allowing EA Sports to continue with the current name. This is more than doubling the current price for the franchise agreement, reads an article from New York Times, which a few days ago put the spotlight on the current name dispute.

At the same time, EA Sports can inform that 12th October an agreement was reached with the international players organisation FIFPRO which gives EA Sports permission to use the names of everything from the Champions League over the Bundesliga name to the Premier League.

That deal puts further pressure on FIFA, to enter into a future agreement with the gaming company, but one thing is for sure; there is a lot at stake for both parties in terms of money, goodwill and lots of prestige.

Footballogy.net is following the story.