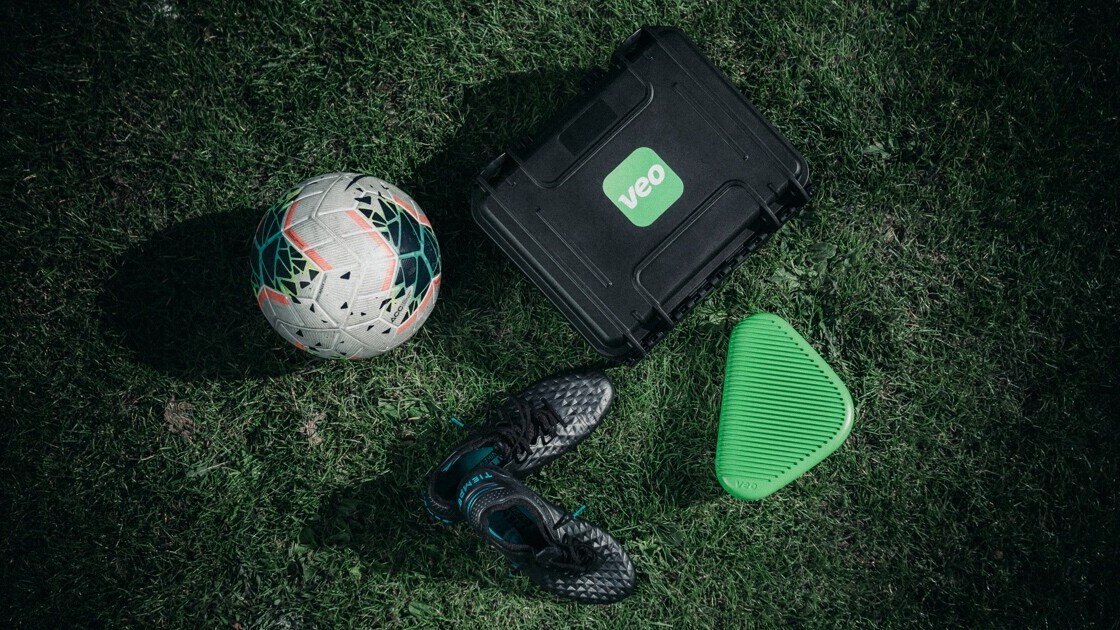 In fact, the video system, Veo, has been on the field for a small handful of years now and in 2020 we now see a product that can produce attractive video material with related technology that makes the entire setup a valuable assistant. Actually we would go so far as to say that with its AI video system, Veo can make high-end technology for everyone's ownership in the football clubs that will invest in it - when the team is chasing new triumphs. More on that later.

Adam von Haffner, Veo Press Officer, tells Footballogy.net that even the estimated business media Forbes has spotted the Danish technology product, which is currently based in Nørrebro in the danish capital Copenhagen. In an article, Forbes journalist Morten Jensen tells the story of the early start; a frustration that kicked off the entire Veo adventure, which one can rightly call this Danish sports enterprise.

Broadcaster guru got frustrated – and then the Veo idea was born

The always visionary, former, TV boss, the dane Keld Reinicke arrived late for his kids soccer game and missed most of the match - and not least one of the proud sons rare goals. Reinicke thought: What if you could record the match for recap – and in addition using a system that constantly learned from the experiences over time? The idea of Veo was born. Together with two other enterprising people, Henrik Teisbæk, the man behind Scandinavia's largest ticket service Billetto and VR expert Jesper Taxbøl, the company was founded, which in 2018 launched its first AI-powered camera. As of today, Veo has over 50 employees.

The heart of the system is AI, Artificial Intelligence. Translated, the term means that Veo technology is constantly learning every time data is sent into the system, which consists primarily of a small box of two 4K cameras that together can capture a full 190 degrees - thus a whole football field. The technology then gets it all together for a worthy football game - and here we speak camera technology - as well as opportunities to zoom in on individual players and even completely different places on the field than where the game takes place.

With an associated tripod of either near four or seven meters (remember the sandbags), the camera protrudes so well into the landscape that it's able to process players and ball movements on the field and then translate it into several usable elements. This is done via Veo's own app and platform.

The modern Tactics board

First and foremost, the match gets filmed and recorded, which can save the lives of many parents - though the juvenile would probably be most happy to see dad or mom on the sidelines. When we talk about football technology - which in itself is the most exciting thing about Veo - then you can decide - with the help of Veo's software, for example to follow a certain player. You can also raise your perspective so that the football field is shaped like a good old-fashioned tactics board that follows the players' movements - or the lack of the same - meticulously.

All the good stuff goes directly into the cloud, where all the glories continues to take place. Veo's platform ensures that as a club you can sort in the different teams that may use the camera. Practically speaking, most of the parts of the camera are produced locally in Denmark, except for some parts that are imported from China.

It's also possible in the Veo platform, putting together a series of highlights, the system all by itself, manage to sort more or less up in. It's really an ingenious system that every club should try to raise money for, in one way or another.

And shouldn't these systems also be of interest to national football federations? There is a huge potential hiding in order to raise the football level and the tactical understanding to new heights. Footballogy.net looks - as described in Forbes article - a huge market awaiting Veo out in the big football world.

On the prospect menu, Veo also looks into the possibilities of live streaming, which opens up new possibilities for niche coverage of sports events worldwide, as long as there is contact for a stable broadband connection.

The local butcher and the grocery store can realize the dream

The CSO in Veo, Christian Jönsson, tells Footballogy.net that the Veo system starts at prices from 1,199 € - while the annual subscription amounts to around a few thousand (from 26 € / month). Maybe the local butcher, carpenter, the grocery store and sports shop be asked to share a sponsorship, on such a 'kit' for the football clubs in your hometown? It could be a realistic possibility.

Read more about Veo, who has also entered other major sports, such as basketball and rugby, on their website veo.co or at Veo's YouTube channel .

Official app: Get in-depth stats for all teams live during EURO2020