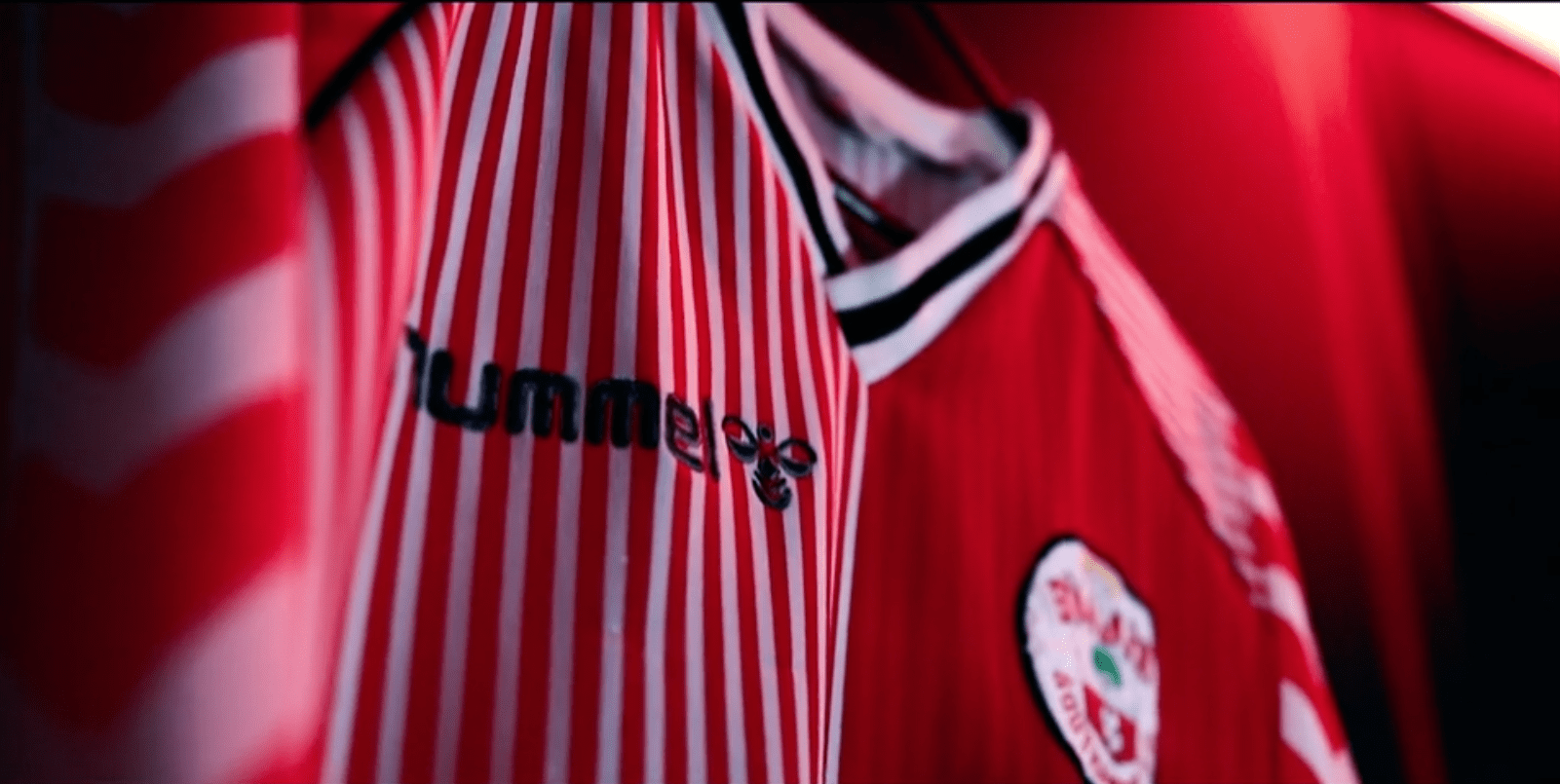 Following the announcement from the sports equipment manufacturer, Hummel, about the signing with Southampton FC, the well-known sports brand is thus tying a loop in the history of the English big club. With this and other deals Hummel also manifests a major push globally – especially towards the best English football league.

Under Armour's exit made space

The agreement is just the latest of several with European top clubs, and with DBU, as the previous top of the wreath cake in the sports producer's ambitious plan to grow internationally. – Premier League is the place to be. The league cover fan bases from England to Asia, says Morten Lund, Marketing Manager for Sport & Global Sponsorships at Hummel. He does so with reference to the company's sponsorship campaign against the English continent in particular. – Fans love jerseys from the eighties – even what types of jersey sponsors there were, Lund elaborates.

The origin of the deal may need to be seen in the light of the fact that the American sport brand Under Armour recently has revised its marketing strategy and thus skipped the English Premier League club. Abandoned by one, as you know, creates space for another. Hummel stood prepared at the door, ready to enter into a new collaboration. It's thus a bit of a catch, as the Danish sports brand has done. It's not just a snap to pull an English PL club into the stable. See more in Hummel's presentation video at the end of the article.

It's been three decades since Southampton were last seen in a danish Hummel jersey and the 'comeback' together with the English Premier League club makes Hummel director, Allan Vad Nielsen, proud: - After 30 years apart, we’re extremely proud and honoured to be back as an official partner of Southampton FC. Football is engrained in our brand DNA and the partneship (…) represents another huge step for our ambitious growth plans and expansions internationally.

Talking with Southampton the enthusiasm is just as great: - From the moment we first met the hummel team it was obvious there was a great connection between us, not only because of our past history, but also because of the potential of what we could achieve together in the future, explain the club's commercial manager, David Thomas. The contract between Hummel and Southampton is for 5 years and is valid from 1 July.

The agreement is just the latest in a series of agreements that the danish sports brand has recently taken home. Glasgow Rangers, Charlton - where the Danish football legend Allan Simonsen also folded in the autumn of his career - as well as an agreement with Danish Football Association for a full eight years, are also on the list of new ‘signings’.

And when talking about the danish football association… If you watch closely at Hummel's promotional video, it also reveals that one of the club's upcoming jerseys is a perfect copy of the iconic danish national team jersey from the World Cup in Mexico, where Denmark's popular team played it's way into the hearts of millions of football fans worldwide.

Even Mourinho uses it…